“Success is the ability to move from one failure to another without loss of enthusiasm.”

This is a saying often attributed to Winston Churchill, as well as often being attributed to Abraham Lincoln. Whoever used this phrase originally, it points to an important leadership truth – the importance of conserving enthusiasm when up against it; of bouncing back from adversity.

A word for this is ‘resilience’. Resilience is the ability to bounce back from adversity. It is what allows us to recover from change or hardship. Over time, most leaders find resilience becomes more of a challenge, as the familiar weights of adversity, of opposition and of unremitting struggle begin to take their toll.

This goes beyond just feeling tired and needing a holiday. This is about experiencing hope disappearing, about a growing unwillingness to take risks, to pray the price, a loss of focus on the goal, the prize. How can leaders maintain resilience in their ministry?

An experience from the leadership of King David sheds some much-needed light on this. Having allied himself for a time with the Philistines and been denied the opportunity to go into battle with them, David and his men returned to their base in Ziklag, only to find that, in their absence, their homes had been raided by the Amalekites and their wives and children had been taken off as captives.

“David was greatly distressed because the men were talking of stoning him; each one was bitter in spirit because of his sons and daughters. But David found strength in the Lord his God.”

He had been on the run from his fellow Israelites, mistrusted by the Philistines, rejected by both sides, and now he experienced this new setback – their homes were burned to the ground, their families forcibly removed. It’s a crisis, but how many crises can you keep coming back from before you start thinking that the ongoing cost is too high and maybe you should think of just giving up?

“Adversity is a great teacher, but this teacher makes us pay dearly for its instruction; and often the profit we derive, is not worth the price we paid.”

But look at how David fostered resilience: Don’t mistake denial for resilience. “David was greatly distressed…”. Distress is the appropriate response. Denial of the fact that this is a distressing situation does not equate to strength of character.

We cannot lead well if we are unable to engage with the situation at hand on an emotional level. David was distressed because of how upset and angry his followers were. They had experienced a great loss and, as is often the case, were looking for someone to blame – and the leader is most often the person on whom people’s anger is focused.

Just denying this distressing nature of this situation may look, on the surface, like resilience, but in reality it is just denial, which is a weakness, not a strength in leadership.

Resilience looks beyond self-pain to empathise with others.

“…each one was bitter in spirit because of his sons and daughters.”

David had lost his family too, but now was the not the moment for just nursing his own grief. This was a tough lesson that David was to encounter later in his life, when his son, Absalom, staged a coup and was killed in the subsequent battle. Even though David won the day, he was so consumed by the grief of losing his son that everyone felt unable to celebrate.

It took Joab, David’s general, to challenge him to look beyond self-pain and to empathise with his troops:

“Now, go out there and congratulate the troops, for I swear by the LORD that if you don’t, not a single one of them will remain here tonight.”

Resilience grows as it is rooted in the right soil – not the court of public opinion, but in the strength of the LORD.

“But David found strength in the Lord his God.”

Literally, he ‘encouraged himself in the LORD’. His encouragement came, because in that moment, he chose to focus, not on the problem, but on the solution.

God not only HAS the solution – He IS the solution! David called for the ephod and used it to enquire of the LORD. He felt the grief, he acknowledged the distress…then he reached for the solution! Resilience gives people the strength to tackle problems head-on, overcome adversity, and move on with their lives.

As a leader, your ability to recover from setbacks and hardships will inspire others – you cannot be an effective leader without it. 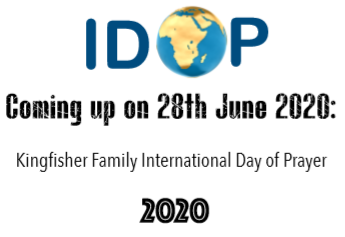 • Become part of a huge army of prayer warriors, interceding for the Holy Spirit to intervene and bring breakthroughs around the world

• Experience the power of prayer as thousands of others around the world pray for you, your church and your country.

Resilience is the ability to bounce back from adversity. 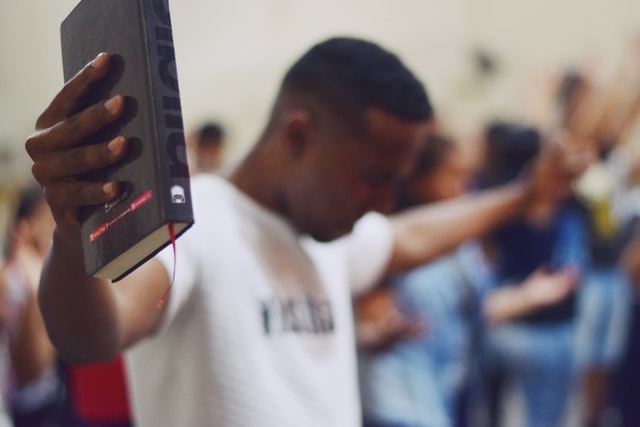